Kyle Liss began playing piano at the age of 7, and has never looked back. His instruction began with the study of classical piano and technique. Interested in exploring new sounds and styles, he received instruction from Chicago Blues legend Erwin Helfer. After two summers of lessons with Erwin, Kyle’s ear was captured by the magic of jazz music. The in-the-moment creation was something that had always inspired him, and so he began to study improvisation and jazz theory with Chicago’s Jason Patera. Now principal of the Chicago Academy for the Arts, Jason inspired Kyle to dig deep into his craft and improve his rhythmic conception, knowledge of harmony, and overall mastery of his instrument.

Soon after, at the age of 16, Kyle established his first group, Lissin’. This jazz quartet featured many of his early original compositions, and was the perfect vehicle for him to begin to get live performance experience. As manager of the band, Kyle sought gigs for the group in their hometown of Oak Park and across the city of Chicago. They played fundraisers, corporate events, restaurants, and anywhere else they could share their love of music. The group recorded 3 albums in its 2 year life before the members set off for University.

Kyle attended the Chicago College of Performing Arts and received a BA in Jazz Studies. During this time he co-founded the band IndigoSun with his long time friend and drummer Steve Florian. This band was to be his main creative outlet for many years, serving as the vehicle through which he would study production, mixing, and sound design. From 2010 through 2015 the group toured extensively in the Midwest, also reaching Colorado, the Northeast, and Southeast. The band recorded several studio projects-including a still to be released album titled The Medicine-and has played some of the premier venues in Chicago.

Since retiring from touring in late 2015, Kyle has continued to hone his skills through a variety of new endeavors. He recently relocated to the Denver area, and now holds the role of Director of Orchestras, Pit Director, Co-Band Director, and Instrumental Music Teacher at Frederick High School. Before moving from Chicago, he served as the Musical Coordinator for Empowerment Church, as a contracted Accompanist/Band Leader for the Chicago College of Performing Arts, as a keyboardist in the jobbing group Blue Water Kings, and more. Kyle can support a group or individual in the capacity of a soloist, accompanist, or simply an artist of the background texture which keyboards are so perfectly suited to create. He is always eager to gain new experiences and digest new styles. 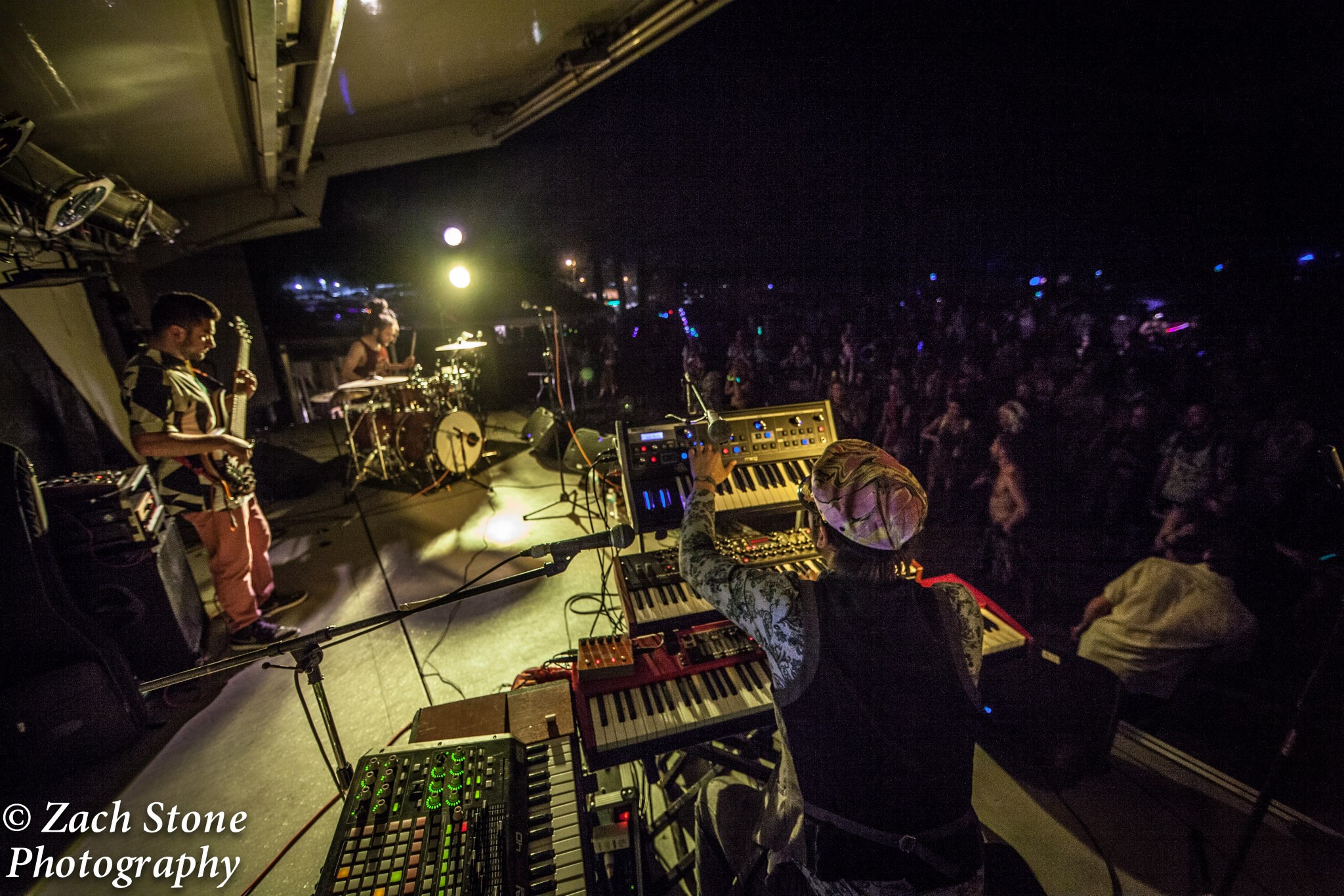 At SummerCamp Music Festival with IndigoSun, 2015